CPP Colloquium with Emanuela Ceva 'Progressing towards justice: the case of whistleblowing'

Progressing towards justice: the case of whistleblowing 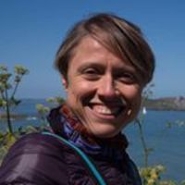 Political corruption (PC) occurs when public officials make a distorted use of their entrusted public power to pursue a surreptitious agenda. By adopting the perspective of relational justice, I argue that PC is generally and inherently wrong as a practice, independently of the specific negative distributive consequences that any single act of PC may or may not entail. Notably, PC is unjust because it consists in the alteration of the relations of mutual accountability that ground the political rights of citizens.

From this perspective, I argue, appropriately regulated whistleblowing is an essential anti-corruption tool to identify corrupt political relations and restore the logic of mutual accountability that PC alters. Therefore, the state ought to regulate whistleblowing to make this practice safe for all parties involved, incentivize it, and protect whistleblowers against retaliation. In this sense, the regulation of whistleblowing contributes to progress towards justice in non-ideal conditions.

She is the author of the book Interactive Justice (Routledge 2016) and of many articles that have appeared in such journals as the Journal of Social Philosophy, Social Theory and Practice, Journal of Applied Philosophy, Politics, Philosophy & Economics, and European Journal of Philosophy.

The CPP is a collaboration between the Institute for Philosophy and the Institute for Political Science at Leiden University. Attendance of the Colloquia is free and there is no need to register. See CPP  for more information. For further questions please contact dr. Dorota Mokrosinska