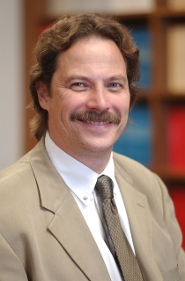 What was the impact of the Atlantic World on Africa’s societies and cultures? The Atlantic trade, including the slave trade, intricately linked Africa, Europe, and the Americas for more than four centuries engendering dramatic changes for all of the societies involved. Underscoring archaeology’s unique potential to reveal Atlantic transformations, Christopher DeCorse will examine how African societies were both transformed and able to maintain their cultural traditions as they were increasingly enmeshed in a global economy during the Atlantic period.

Following an overview of West Africa’s pre-Atlantic and Atlantic pasts, Professor DeCorse will explore European expansion and the varied impacts that resulted from Africa’s intersection with the wider Atlantic World.  Drawing on examples from across the region, he will examine how archaeology provides a key source of information, in many instances the only source of information, of these transformations.

Christopher R. De Corse is Professor and past chair of the Department of Anthropology in the Maxwell School of Citizenship and Public Affairs, Syracuse University.  His research interests include African archaeology and history, general anthropology, and archaeology in popular culture.  His work in West Africa focuses on the Atlantic period, particularly the impacts of the slave trade, and the understanding of these transformations in terms of Africa’s pre-Atlantic past.

He is currently directing ongoing research projects in coastal Ghana and in Sierra Leone, including work at Elmina the site of the first and largest European trade post established in sub-Saharan Africa, and at Bunce Island, the major center of European trade on the African coast between the Senegambia and coastal Ghana.  His principal publications on African archaeology include: An Archaeology of Elmina: Africans and Europeans on the Gold Coast, 1400-1900 (Smithsonian Press, 2001, now Available from Eliot Werner Publications) and West Africa during the Atlantic Slave Trade (an edited volume republished by Bloomsbury Academic, 2016).

DeCorse’s 2008 book, co-edited with John Walton and James Brooks, brings together the work of twelve scholars from diverse disciplines to explore theoretical vantage and method in the interpretation of the past through the lense of microhistory. DeCorse’s textbooks include Anthropology: A Global Perspective (with Raymond Scupin, Pearson, 8th Edition 2016); Anthropology: The Basics (with Raymond Scupin, Pearson, 1st Edition 2016); In the Beginning: An Introduction to Archaeology (with Brian Fagan, Prentice Hall, 12th Edition 2005,) and; The Record of the Past: An Introduction to Archaeology and Physical Anthropology (Prentice Hall, 2000).  DeCorse has also authored or co-authored more than 60 book chapters, journals articles, and reviews.