In this paper I will present a method for testing settlement models in the territories of Central-Southern Italy affected by early Roman colonization (3rd century BC). 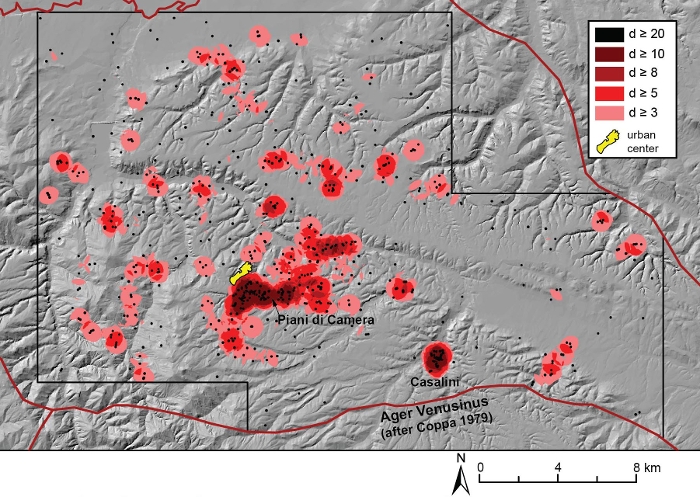 GIS spatial and statistical tools are used on the legacy data collected during previous regional, site-oriented field surveys to test the viability of two competing rural settlement models. The first model is historically accepted: it depicts an ancient colonial countryside consisting of a dense network of farms evenly distributed across the territory, on regular, grid-based plots of land (centuriation). The second model is based, instead, on a recently proposed theory supporting the presence of early colonial multiple-core nucleated settlement systems consisting of villages. After assessing the extent to which these legacy datasets conform to the conventional regular or the alternative nucleated settlement model, it is concluded that they accord only partially with conventional expectations on colonial settlement organization and that, on the other hand, localized high concentrations of sites would suggest the presence of nucleated settlements scattered across large portions of the landscape. 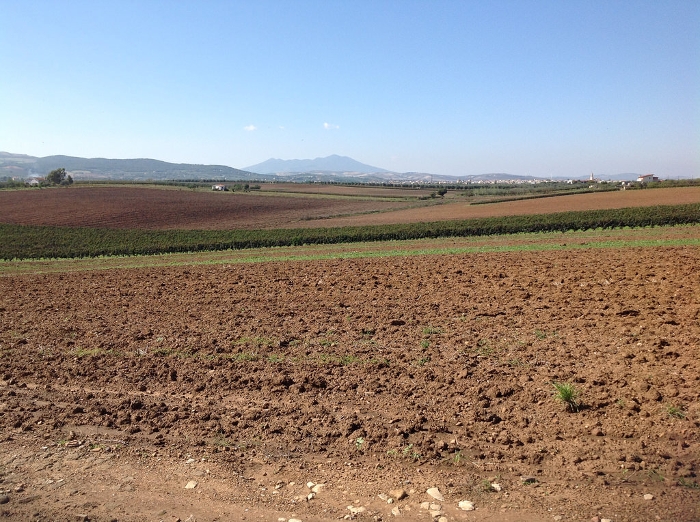 The reliability of these results may, however, be questioned since several factors could have potentially biased the survey data collected. Legacy survey data is the source of evidence used in this analysis and it is imperative to assess whether biasing factors, such as ground visibility and geomorphological processes (erosion and deposition), 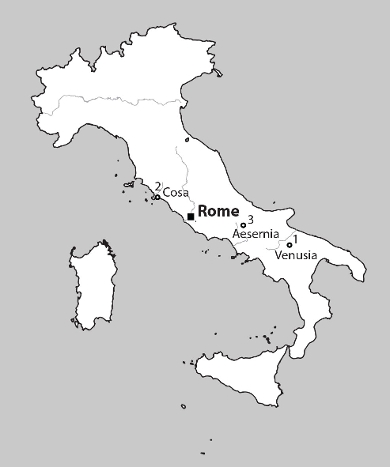 may have affected field-survey recording methods. The testing for potential biases involved in data collection is deemed necessary in order to confirm the validity of the settlement patterns identified in the previous analysis. In order to do so, a GIS quantitative approach is implemented for the evaluation of visibility and geomorphological effects in large scale, site-oriented field surveys; the territory of the colony of Aesernia (Central Italy) will be presented as a show case. In this way, the previously mentioned interpretations about colonial settlement patterns are calibrated and tested further, allowing to draw more confident conclusions about the settlement dynamics triggered by early Roman colonization in the Italian peninsula.