In his talk, Romain Malejacq will discuss his current book project, a study of the sources of power and the political survival of what are commonly known as warlords. Most international actors involved in war-torn countries prefer that these violent political actors recede into insignificance as central states assert their authority. 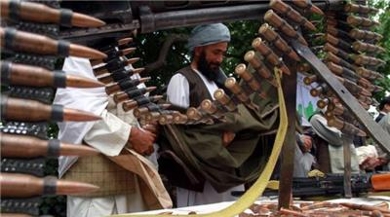 Yet, in places like Afghanistan, the individuals that make the authority structures show a surprising degree of resilience. They continue to play a significant role in the political landscape and to exert authority in parallel to that of the state. In his book, Romain Malejacq shows that warlords persist by virtue of their ability to navigate across political orders and harness different sources of power in ways that escape state domination. He explains how warlords switch their power bases to ensure their political survival during and after war, thus sustaining alternative realms of authority alongside the illusion of homogenizing state building. In sum, this book underscores the processes through which warlords adapt to structural changes and hence prevent the emergence of a strong centralized state. It explains why states like Afghanistan, where political authority remains deeply fragmented, fail to establish sustainable bureaucratic institutions. 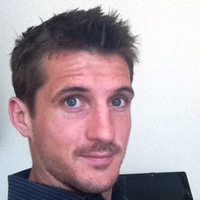 Romain Malejacq joined Radboud University Nijmegen’s Centre for International Conflict Analysis and Management (CICAM) as an assistant professor in April 2013 after obtaining a PhD in political science from Northwestern University and Sciences Po Paris. His research focuses on why stable institutional orders and states emerge in particular circumstances. It engages scholarship on violence, political order, and state formation and explores the nature of alternative power structures in conflict environments. It investigates the interventionist’s dilemma of trying to construct a capable central authority while depending upon warlords to provide stability.

His most recent work, “Warlords, Intervention, and State Consolidation: A Typology of Political Orders in Failed and Failing States” has been published in Security Studies (also see his blog post for Political Violence @ a Glance: “What an Afghan Warlord-Turned Vice President Tells Us About Military Intervention and State Building”). His current research activities are structured around three main projects: one on the fragmentation of political order in Somalia and Afghanistan, funded by a Marie Curie Individual Fellowship; a multi-year group project on the relations between war and politics; and a book on “warlord survival.” Romain Malejacq also has extensive teaching experience and maintains a blog on Afghan politics, which he also uses in his teaching (www.afghanopoly.wordpress.com).