No matter the region of the world under study, party (system) institutionalisation has been traditionally considered to be a necessary, but not sufficient, condition for the survival of democracy. Despite being one of the most quoted statements in the democratisation literature, the few studies looking at the relationship between institutionalization and democratic endurance have found no evidence of the ‘almost magical’ powers of the former. 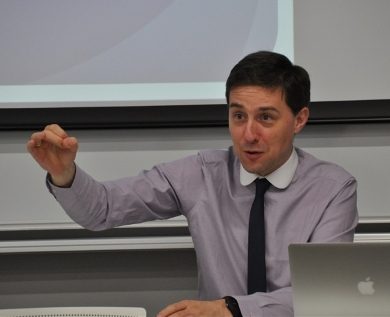 Fernando Casal Bértoa is a Nottingham Research Fellow at the School of Politics and International Relations in the University of Nottingham (United Kingdom). He is also Co-chair of the Council for European Studies’ Research Network on ‘Political Parties, Party Systems and Elections’ as well as Research theme director at the Nottingham Interdisciplinary Centre for Economic and Political Research. After finishing Law (University of Navarra, Spain), Political Science (University of Salamanca, Spain), as well as specialiSing in Central and Eastern European Studies (Jagiellonian University, Poland), he obtained his PhD in Social and Political Sciences at the European University Institute (Italy).