The Persistent Myth of Lost Hegemony Revisited: Complex Networks and Structural Power in the 21st Century

This essay resuscitates the idea of structural power in world politics by linking it to modern network science, presents a theoretical framework for understanding how structures develop and change, and describes the United States’ prominence within global economic, financial, informational, and security networks. It argues that the ‘fitness plus preferential attachment’ endogenous growth model of complex network evolution provides a logical explanation for the durability of American influence even as its advantages in country-level capabilities have eroded. It examines how these structures have changed (or not changed) over time, proposes a set of conditions through which American hegemony could evaporate in the future, and outlines the implications of such an occurrence for the stability of these global networks. 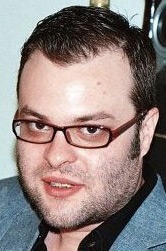 Dr. William Winecoff (Indiana University- Bloomington) researches the politics of the global economy, in particular the international financial system. He studies how financial firms respond to, and influence, regulatory policies and political institutions, and how these aggregate into a global system of financial interdependence. His ongoing research examines the global banking system using complex network methodologies, the politics of "technocratic" monetary institutions, and episodes of crisis and reform. He teaches on topics related to international political economy. Professor Winecoff received his Ph.D. from the University of North Carolina at Chapel Hill in 2013.