The state of the Samnites 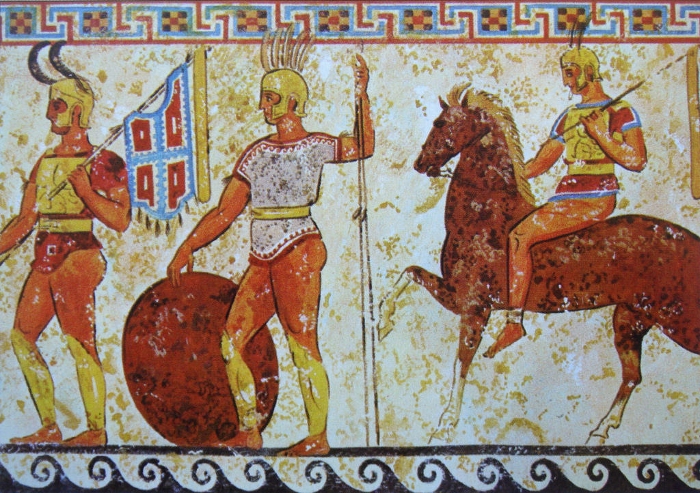 As the most notorious opponents to Rome on Italian soil, the people referred to as Samnites in the literary sources have always occupied a special position in scholarship on ancient Italy and early Roman expansionism.

The prominence of Samnium and the Samnites in classical studies is primarily due to Livy’s impressive account of the Samnite Wars. However, historiographical research over the last few decades has led to a more nuanced and variegated picture of the conflict and its protagonists. Recent studies have begun to question the historical role of ‘the Samnites’, and have indeed tended to deconstruct notions of strong Samnite socio-political cohesion and organizational capacity, as well as its archaeological visibility.

The importance of careful contextual analysis of texts and archaeology is clear. Yet, the ultimate conclusions reached by some of the recent ‘deconstructivist’ studies are not uniformly accepted across different schools of thought. The issues of a shared Samnite identity or socio-political organization, and the veracity of Samnite military power and expansion especially have become the subjects of a heated scholarly debate.

Insight into Samnite cohesion, organizational power and demography are important not only to appreciate the functioning of a distinctive societal configuration in challenging environmental conditions, but it also has crucial implications for our understanding of early Roman imperialism. As yet, these developing theoretical positions have remained partly isolated from very exciting new archaeological evidence. This conference aims to open up the discussion on these contested issues by discussing these new archaeological findings and novel views on the existing evidence.

Organized by Tesse D. Stek (Leiden University), in the context of the Leiden University and KNIR project Landscapes of Early Roman Colonization, supported by NWO and the Centre of Archaeological Studies at Jelsi.