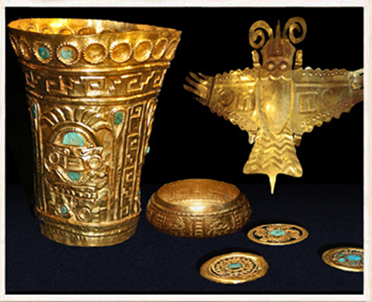 How may social-anthropological knowledge of the meaning and value assigned to money in present-day societies contribute to the archaeological interpretation of money deposits from the past?

Rather than deducing from such finds certain politico-economic features of the societies concerned I focus on the following observation: Whatever considerations may have motivated people to deposit money and other valuables in the earth such actions would have entailed the withdrawal of these objects from the circulatory processes that in numerous societies constitute the very foundation of social life.

I explore this phenomenon by examining the ideas and values involved in such processes of withdrawal in the North Moluccas (East Indonesia) (16th - 20th C.), the final days of the Inka Empire (16th C.), and the Anglo-Saxon world depicted in the poem Beowulf (7th – 9th C.).

I shall argue that these societies all communicate - each in their own ideological discourse - a similar message:  Taking the valuables out of social circulation and depositing them into the earth so as to return them to their cosmological origins signifies the ‘death’ of the valuables concerned, the alienation of people from their ancestral origins, and the dissolution of society.

Everybody is welcome and we hope to see many anthropologists, archaeologists and art historians on the 28th.

Jos Platenkamp is an anthropologist with a keen interest in archaeology and art history. His research, in Indonesia and Laos, focusses on socio-cosmic views and rituals.