Beyond urbanization: the organization of early complex societies 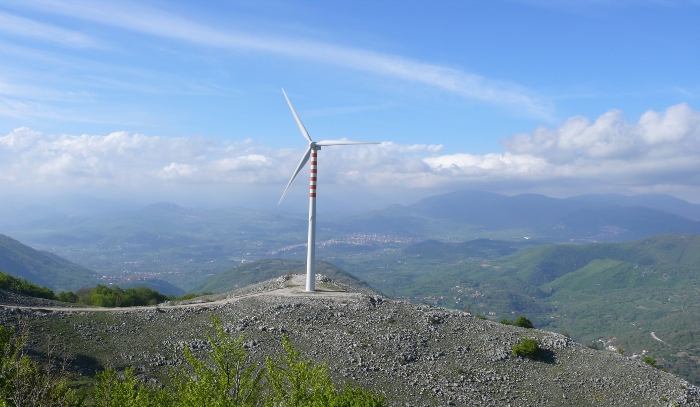 The development of complex society and state formation are fundamental research themes in archaeological and historical research, closely related to ways in which we understand the modern world. Urbanization and centralization have traditionally been seen as integral parts of these developments, both in theoretical research and in different historical case studies. Recently, however, other theoretical models have been explored: recent research on archaeology and early state formation, for example, stresses the problems associated with the so-called neo-evolutionist paradigm (e.g. Routledge 2013), and has pointed out the possibly heterarchical nature of early complex society.

Our research project LERC (Landscapes of Early Roman Colonization) investigates the relationship between societal structure and performance specifically for the historical context of the Samnite world, i.e. the mountainous area in Central Italy where in the first millennium BC a famously - or notoriously - “non-urban” society flourished. We explore other trajectories towards complex society, in which cities do not necessarily play a central role, or at least are not the only central places. Sanctuaries, for example, may perform functions of production and craft specialization, hubs of trade, and centres of gravity for identity formation of larger groups.

On 18 December 2015, we organize a workshop that confronts the relation between complex society and urbanization from a comparative perspective. By bringing together case studies from various historical contexts, including Late Chalcolithic Mesopotamia, Iron Age Spain and Italy, and the pre-colonial Caribbean, the role and necessity of urbanization in the development of complex society will be further explored.

Urbanism has been seen as central to the success of many states and empires around the globe, and particularly so for the Greco-Roman world. But there are exceptions to ‘the urban rule’. Such exceptions are important, because they question the automatic connection between societal success and urbanism. A non-urban society par excellence is the Italic tribe of the Samnites in South-Italy. Although not based in towns or organised in city-states, the Samnites were remarkably successful in demographic and military terms in the 4th-3rd centuries BC, when they managed to resist and defeat Roman armies time and again. The staggering Samnite success is something of a conundrum in ancient studies. One recent solution to the problem has been sought in downplaying the Samnite role in history by questioning the literary sources, to the point that the Samnites are now sometimes regarded as a scarcely organized series of separate and miscellaneous rural communities. In this paper, an alternative solution is explored. Using primarily archaeological data, Samnite societal organization and, importantly, demography is reviewed on the basis of both old and new archaeological data, and set against our evidence for early Roman societal organization and expansionist strategies.

How does it feel to be on your own, with no direction but Rome?

Urbanization and city-state formation are theoretically well defined mechanisms, which were in motion all over Iron Age Italy. However, there are relatively few complete archaeological studies that have captured the details of the process in action. The main reason for this is that the archaeological settlement record of proto-historical phases is notoriously difficult to read. Nonetheless, Italian archaeologists have found ways to work around the patchy nature of the evidence and to steer past the biases of the data by defining a number of interpretative rules. The critical review of the raw archaeological data of Crustumerium questions the theoretical basis of this paradigm and reveals that, in this case, a much broader range of possible interpretations is in fact viable. The case study presented in this paper will show how prevailing theories and actual data can misalign as archaeological knowledge increases and new methods are being developed. As such it stresses the importance of re-studying existing data sets from the bottom up, instead of perpetuating the interpretation of older studies that simply had less information to work with.

Early state formation is perhaps THE most fundamental research theme guiding archaeological research in the ancient Middle East, rivalled only by the other Big Theme of Neolithic domestication and sedentarization. Its importance, obviously, is due to its relevance for understanding our modern world but also to the circumstance that complex societies arose very early in the Middle East and without external influences. Socio-economically differentiated, literate, urbanized societies were firmly in place by the later fourth millennium BC in the Uruk period. Interpretive perspectives have focused heavily on the southern Mesopotamian plains and the city of Uruk itself. Urbanization and centralization are aspects easily identified in the Uruk phenomenon; interpretations have involved central place theory and various core-periphery perspectives.  However, moving away from the Uruk heartland these traditional theoretical models fit much less easily. On the Upper Mesopotamian plains and, especially, the Taurus and Zagros foothills different societal forms existed. Combining institutionalized centralizing institutions and state-organized religious ideologies but lacking the huge population centres typical for southern Mesopotamia, these ‘Late Chalcolithic’ societies invite interpretative directions ranging from neo-evolutionist to heterarchical approaches. I will review the debate and discuss problems and prospects for future work.

Urbanization processes in the Iberian peninsula during the Iron Age

The process to complexity in the Iberian Peninsula is a heterogeneous mixture of influences and local developments. The Argar culture in the Bronze Age of South East coast seems to be one of the earliest examples of complex societies in Spain and Tartesos societal organization with temples playing the role of central places (Cancho Roano). Orientalizing settlement here was clearly influenced by the contacts with Levant. Other areas developed their “paths to complexity” much later, in the Early Iron Age. The most interesting cases are the Iberians whose earliest contacts to the Mediterranean world flourished with the arrival of Greek traders and colonist. On the North and Southern plateaus,  a large process of settlement concentration in hill forts takes place in the Second Iron Age. Is it assumed that all the population was concentrated in those large hill forts with a very scarce or inexistent network of secondary settlements. That situation contradicts the requirements for considering a hill fort/ oppida a central place according to Woolf 1993. This paper offers a comprehensive look at the phenomenon in the Iberian Peninsula and in particular explores the model of social organization in large hill forts presented by Sacristán de Lama 1989. It reflects about the process of concentration, its development through the Second Iron Age and its final phase, caused by the Roman imposed decision of abandoning the fortified settlements and organizing new settlements in low lands.

Typical for pre-colonial settlements in the Caribbean, most structural features have long disappeared; what remains are small mounds mostly made of midden, ceramic and lithic assemblages, and slight topographic modifications like platforms that were created for the now decayed wooden buildings.

On their own, multispectral, SAR and topographic data sets are of limited use to detect archaeological evidence. Local scale UAS surveys have mapped several sites in high resolution, the outcome provides an overview of size and distribution of mounds and platforms. After digital clearing of vegetation and extraction of the topography and orthophoto to GIS, filtering and enhancing the results provides the opportunity to analyse the site further, calculating the actual extent of living space and defining more likely zones of habitats.

For a regional perspective, multispectral data (Worldview-, LandSAT), may provide information on archaeological potential through environmental analysis (e.g. NDVI, EVI). UAVSAR L-band data has shown different reflection parameters from vegetation-free archaeological sites, to their surroundings, using e.g. Pauli Decomposition. The reflection from shell midden therefore provides a structural difference to the neighbouring fields. As high resolution topography can indicate pre-colonial settlement, however, regionally available topographic data is SRTM. All this information can however be combined, and cross-correlated, using various data sets in a semi-automatic direct detection approach, analyzing the probability of archaeological evidence on pixel base, developed at CSRM and Johns Hopkins University, a process that requires supercomputing. A statistical analysis can better define the areas for archaeological study and heritage management.

Contextualizing complexity in the Samnite world

Samnite society is an interesting case study for forms of social complexity beyond urbanization. The prominent role of the Samnites as one of the main adversaries of Rome in accounts of early Roman expansion in Italy implies that they must have been centrally organized somehow, at least in terms of military organization. At the same time, the Samnite world is traditionally famous for its lack of cities: most people lived in villages, and sanctuaries and hill forts are thought to have performed various centralizing and military functions.

Indeed, other than the Samnites’ military successes against Rome, there are more indications in the archaeological record for the development of social complexity. In this paper, I would like to single out two specific social contexts in which this happens. The first is the inhabited hill fort. At least some hill forts in the Samnite world seem to have been permanently settled, but the character of social organization in these places is still poorly understood. Based on published material and new data gathered during a field campaign last summer, I will discuss elements of social complexity in this context. Second, I will focus on the military context which led to the production of coinage by some Samnite communities. What do these coinages, which can only be explained as a response to developments external to local communities, tell us about the (social) organization of the Samnite world?