An Underused Resource: The Relevance of Indigenous Toponomastics in the Western Caribbean 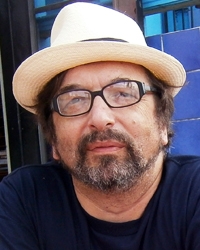 Toponyms form a distinct subset of lexical inventory of any language and play an important part in the culture of its speakers; as a result, toponomastic studies can unearth a wealth of significant information. One interesting aspect of toponymy in the Western Caribbean is that a substantial portion of it consists of indigenous place names, in spite of the fact that none of the languages present on the islands prior to European arrival is still spoken there today.

Clearly, the corpus of pre-Columbian toponyms in the region represents a store of potential answers – or at least hints – to numerous questions about Caribbean past(s). Nonetheless, it remains largely neglected and understudied; although a number of comprehensive works has been devoted to collecting place names on individual islands, far fewer analytic studies have been accomplished so far.

While an important majority of indigenous place names are Taíno, as it was both the dominant language and lingua franca in the region at the time of the initial contact, a number of toponyms display characteristics that are difficult to interpret as such. Identifying areal sets of place names which display recurrent non-Arawak structures, systematic analysis of their morphophonological and lexical characteristics, and their comparison with the linguistic features of relevant language families spoken in the contiguous continental regions, such as Chibchan, Misumalpan, and Warao, can make a significant contribution to our understanding of population groups on the islands in the pre-contact period and of the sources and routes of early migratory movements in the Western Caribbean.