The Leiden Institute of Advanced Computer Science (LIACS) has a Distinguished Lecture Series. You are cordially invited to attend the fourth Ada Lovelace lecture:

Virtual assistants like Alexa and Google Assistant are becoming more and more popular. But with only a few companies dominating the market, consumer choice is limited and the open web is under threat. Monica Lam, Professor of Computer Science at Stanford University committed herself to establish open-source virtual assistant technology, accessed using natural language. In her talk, she will tell about the Almond virtual assistant project, which aims to keep the web open and to protect privacy.

‘Our virtual assistant lets users compose new skills in natural language and gives them control over who, what, when, where, and how their data are to be shared. Most importantly, we have developed tools that make it easy to extend the functionalities of Almond. We are making it open, and are inviting academia and industry to contribute to it and use it in their research.’ ​​​​ 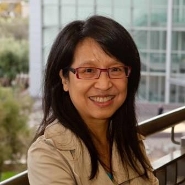 Dr. Monica Lam has been a Professor of Computer Science at Stanford University since 1988, and is the Faculty Director of the Stanford MobiSocial Computing Laboratory.  She has made significant contributions to the field of compilers for high-performance machines and open communication platforms for mobile computing.  She leads the Almond open virtual assistant project, which protects privacy and data ownership through decentralized systems that can be programmed with natural language.

Lam is a member of the National Academy of Engineering and an ACM Fellow. She has won ACM-SIGSOFT and ACM-PLDI best paper awards, and has published over 150 papers on compilers, computer architecture, operating systems, high-performance computing, databases, security, and HCI.  She is an author of the 'Dragon Book', the definitive text on compiler technology.  She received a B.Sc. from University of British Columbia (1980) and a Ph.D. from Carnegie Mellon University (1987).

Registration for this event is free of charge. However, we kindly ask you to register, so we can ensure a sufficiently large auditorium and calibrate food and drinks for the reception after the lecture.

The Gorlaeus Laboratory, Einsteinweg 55, is easily reachable by public transport. From the Leiden Central Railwaystation, take bus 43  and get out at 'Universiteitsterrein'. Or take bus 30 (direction Katwijk) and get out at 'Bio Science Park'.

We expect to organise Ada Lovelace Lectures around two times a year. They will be announced via a new email list LIACS Talks, along with other research talks. We encourage you to subscribe to this list.

Augusta Ada King-Noel, Countess of Lovelace (1815–1852) was an English mathematician and writer. Over a century before the first universal computers were built, Ada studied Charles Babbage's design for a mechanical general-purpose computer, the Analytical Engine. She was the first to realise that such a machine had applications beyond mathematical calculation, and created the first algorithm intended to be carried out by it. As a result, she is often regarded as the first to recognise the full potential of a "computing machine" and as the first computer programmer.

Rigorously trained in mathematics from an early age, Ada believed that intuition and imagination were critical to effectively applying mathematical and scientific concepts. She also had a keen interest in examining how individuals and society relate to technology as a collaborative tool.

The LIACS Distinguished Lecture Series is named after Ada in recognition of the many ways in which her thinking and vision foreshadowed our current age of advanced computation.