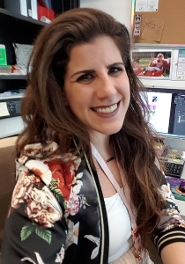 Abstract:  Perhaps one of the most profound capabilities of the brain is the conversion of incoming input into singular representation that is subsequently consolidated into a lasting memory. Research over the past century has shown that sleep plays an essential, instructive role in promoting various forms of memory consolidation and also promotes plasticity in brain circuits in vivo. In mice contextual fear memory (CFM) consolidation is associated with augmented CA1 hippocampal network oscillations during post-contextual fear conditioning (CFC) rapid eye movement (REM) and non-REM (NREM) sleep. However, since many more patterns of activity can be generated than the number of member neurons present, this creates several problems for identifying memory-related neural representations of novel material (i.e. activity patterns reflecting memory processing) in the brain.
Using in vivo data and various model systems, we developed Functional Network Stability (FuNS) as metric that can be used to quickly assess the global network changes over time, without being constrained by the activities of a specific set of neurons- which is critical when making comparisons across and between sleep states. We use this metric to characterizing the state-dependence of neural responses and how neural responses depend on individual changes in the network. We observe that coordinated offline reactivation of specific populations of neurons active during sleep promote subsequent recall, work that is critical for our understanding of how networks change in response to novel stimuli.