A multisensory approach to itch

Abstract: Research on itch has so far been dominated by a bottom-up biomedical approach, focusing on identifying itch specific receptors and ascending neural pathways. In contrast, much less work has aimed at identifying mechanisms providing a top-down psychological inhibition of itch. From a clinical perspective, it would be ideal if research could identify some simple behavioural techniques that patients can implement to achieve effective itch relief without having to rely on expensive technical equipment or potentially harmful drugs.

He will present research aimed at identifying such antipruritic techniques. The starting point of this project was that itch is essentially a multisensory phenomenon. Scratching an itch does not only elicit a cutaneous perception, but is also accompanied by visual (e.g., sight of scratching, reddened skin), auditory (e.g., sound of scratching) and kinaesthetic (e.g., movement of the limbs) sensations. Each non-cutaneous sense by itself contributes to subjective feelings of itchiness. For example, watching itch-related stimuli in the absence of peripheral stimulation (e.g., ants crawling on the ground) has recently been shown as sufficient to induce itch (Lloyd et al., 2013 Brit J Derm, Holle et al., 2012, PNAS).

Since itch can be amplified by concurrent non-cutaneous sensory information, this type of sensory feedback might also provide a means to reduce itch intensity. This hypothesis was tested in a series experiments, where we systematically investigated the influence of vision, temperature and touch on the intensity of acute itch. I will also report recent findings from a brain stimulation study suggesting that disrupting activity in primary somatosensory cortex, a key cortical hub for the processing of itch, reduces the intensity of acute itch. In summary, the results suggest that the intensity of itch can be modified by concurrent information of non-cutaneous senses, but effect sizes are often small, due to the slow nature and inherent variability of the itch response. 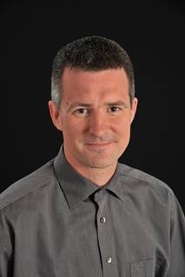 Biosketch: Dr. Henning Holle's research is driven by a strong interest in the interaction of the senses. For his research, he uses behavioural and neuroscience techniques (e.g., TMS, fNIRS, EEG, fMRI).
After being awarded a Diploma in Psychology by the University of Trier in Germany in 2003, he moved to the Max Planck Institute for Human Cognitive and Brain Sciences in Leipzig, Germany, where he wrote his doctoral thesis on how gesture and language interact in the brain. After completing this dissertation, he joined the Synaesthesia Group at the University of Sussex to work on a project on mirror-touch synaesthesia. Dr. Holle joined the University of Hull as a lecturer in psychology in 2012 and was promoted to senior lecturer in 2015.

Abstract: Itch is a symptom that often occurs as an accompanying symptom with other diseases and such has manifold causes. Since itch holds a pronounced socioemotional and cognitive component, it is very prone to expectation manipulation, e.g. in the nocebo effect.

In this talk, recent findings on the neural basis of thermally controlled itch and the nocebo effect in itch will be presented and potential mechanisms will be discussed. Moreover, it will be debated on thermal methods to artificially control itch sensation in fMRI paradigms. 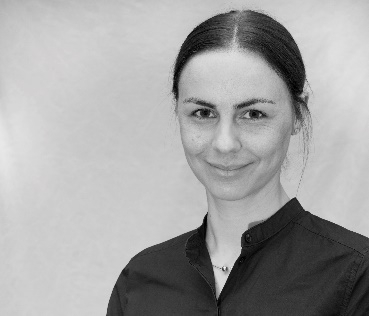 Biosketch: Missanga van de Sand is interested in neural top-down mechanisms that influence perception at an early central processing level. She studied biology at the University of Konstanz and specialized in neurobiology, where she investigated top-down mechanisms in the olfactory system of the honeybee brain. For her PhD she moved to the Institute of Systems Neuroscience at the University Hospital Hamburg-Eppendorf. Her research aimed at understanding the neural basis of itch and on the mechanisms that modulate itch in the nocebo effect, using brain and spinal fMRI. She recently submitted her thesis.