Policing European Metropolises: The Politics of Security in City Regions 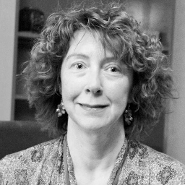 The first phase of the project analysed ‘governmental arrangements’ meaning the relationship between police, policing and various social integration strategies (variously translated as community safety, integral security and urban security as either objects or predicates of comparison). The concept of plural policing is introduced, broadening of the scope of objects to include commercial and voluntary, formal and informal actors and the distinction between policing as a process (that can be undertaken by a multiplicity of actors beyond the state police) and police as a very particular apparatus or modern institution.

The second phase of the project explored governmental dispositions, meaning the formulation of public policies which are signalled by the formulation of medium-term strategic plans that run concurrently with elected terms of office. This second phase delimits the objects of analysis to public (not commercial, involuntary or informal etc.) policing, policy formulation (not implementation or outcomes) that is strategic and concerned with medium-term planning and agenda-setting (not operational policing). The aim of this second phase is to ensure there is a compatibility between the foci of comparison in the various metropolises and to privilege, in the first instance, a concern with the capacity of metropolitan authorities to set their own policing agendas.

The results will be published in the book Policing European metropolises. The politics of security in city-regions’ Devroe, E., Edwards, A. & Ponsaers, P. (2017) by Routledge.