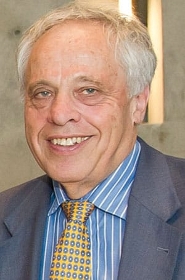 Prof. Joseph Silk is one of the world's leading experts in theoretical cosmology, the cosmic microwave background, and dark matter, and an outstanding science communicator. He has done important work on density fluctuations in the early Universe, discovering a key mechanism in early structure formation, which is now called 'Silk damping' after him. A graduate of Cambridge and Harvard, he was at the University of California, Berkeley, for three decades, before moving to Oxford, where he was the Savilian Professor of Astronomy from 1999 to 2011. Currently, he is Professor of Physics at the Institut d' Astrophysique de Paris and Homewood Professor of Physics and Astronomy at The Johns Hopkins University in Baltimore. In 2011 he was awarded the Balzan prize, for his pioneering work on the infant Universe.

About Limits of Cosmology

One of our greatest challenges is understanding the origin of the structure of the universe. Prof. Silk will describe how the fossil radiation from the beginning of the universe, the cosmic microwave background, has provided a window for probing the initial conditions from which structure evolved. Infinitesimal variations in temerature on the sky provide the primordial fluctuations that seeded the formation of the galaxies. He will discuss how one might follow up on the Planck satellite which has given us remarkable maps of the microwave sky that complement galaxy surveys, and support the standard model of cosmology to high precision. However, a number of fundamental issues remain unresolved. In order to make further progress, what is our optimal choice of future strategy?

About the Oort Lecture

The Oort Lecture is an annual event, in memory of the famous Dutch astronomer, organized by the Jan Hendrik Oort foundation and Leiden Observatory. The lecture covers an astronomical subject of current interest and is intended for a mixed audience with a general interest in astronomy. This lecture takes place on April 22, 2016, at 8:00 p.m., in the Academic Building in Leiden.